It is in the last two years that, due to the Covid-19 pandemic, the greatest changes have taken place: among these, there is an acceleration of the use of digital services, to which so many people around the world, both for work and personal reasons, have turned to. It is no coincidence that the use of digital technologies and software has increased significantly: consider that Zoom, a video calling software, in 2020, the first year of the pandemic, increased its turnover by 326% compared to the previous year.

How can this be linked to sponsorships in the world of sport and motorsport in particular? Looking at motorsport sponsorships in Formula 1, it can be seen that the championship and all the teams now have sponsorship relationships with technology brands: these are of the most diverse nature, from video calling software to cloud services via cybersecurity, and with brands linked to cryptocurrencies and blockchain. A reason why is that the technological innovations tested by the various teams are then reused and adapted to other contexts, such as urban transport or even the field of medicine.

Starting with the aforementioned Zoom, this well-established brand has signed a multi-year partnership agreement directly with the Formula 1 Championship, but its direct competitor, Webex, is no different, having signed a partnership agreement with McLaren in 2020. It must be added that these video call systems have also proved essential for the teams, who have been able to use them to allow their drivers to interact with fans and to give virtual garage tours to those guests who should have been present at the Grand Prix but could not be there due to Covid-19 restrictions limiting the number of people in the paddock. 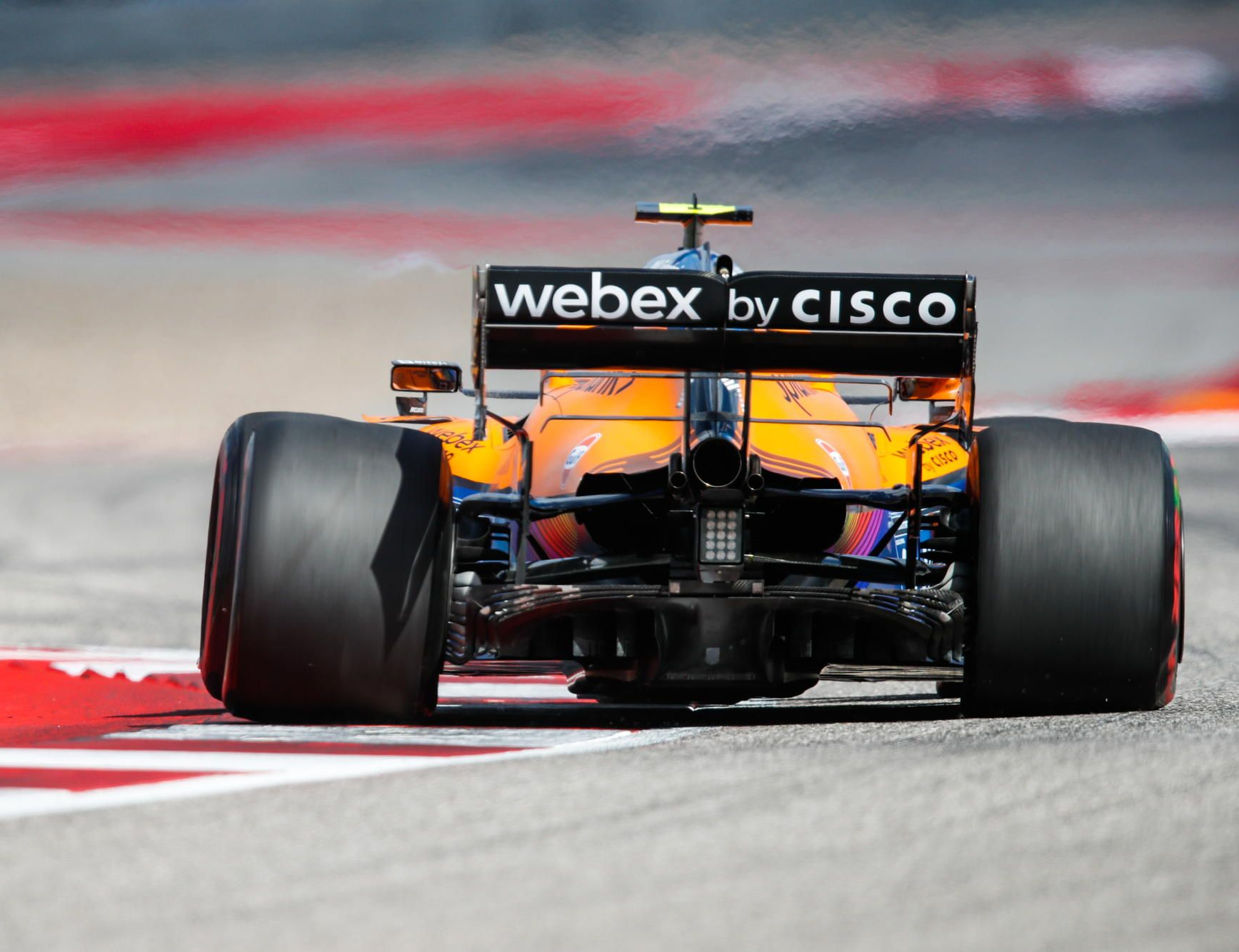 Cloud computing is also now more than present in the Formula 1 circus: since 2018, Formula 1 has started to move a large part of its IT infrastructure to the AWS Cloud (Amazon Web Services) to monitor race strategies, better track data and digital transmissions, and the same thing has been done by the teams, who have equipped themselves with other cloud systems such as Google Cloud (McLaren), Ionos (Haas) and Cognizant (Aston Martin).

Hand in hand with cloud computing, which is a key resource for any type of business given its agility, resilience, and speed of development, there is cybersecurity: those tools and technologies, such as Mandiant (Alpine), Sentinel One (Aston Martin) and Darktrace (McLaren), aimed at protecting computer systems and all the data they contain from hacker attacks, are increasingly demanded and used by companies, whether small or large.

But what about other high-profile motorsport competitions such as Formula E and MotoGP, direct competitors of Formula 1? In Formula E, the number of sponsorships in the technology sector is extremely low, almost non-existent, a sign of a championship that focuses more on sponsorships linked to renewable and sustainable sources. On the other hand, the teams of the MotoGP championship, which has innovation as its cardinal value, are increasingly turning to companies operating in the technology sector, as already demonstrated by those sponsorships in the fields of cloud (Aruba for Ducati) and cybersecurity (Kaspersky for Aprilia Racing).

The technology sector is therefore confirmed as a major player in motorsport, but not all series and championships are yet able to exploit its full potential in terms of sponsorship.

Audience Insights: The Key to Success

August 9, 2021 |  Sports Marketing
1 2 3 … 7 Next »
@Copyright 2023 - Drive Sports Marketing
Privacy PolicyCookie Policy
We use cookies on our website to give you the most relevant experience by remembering your preferences and repeat visits. By clicking “Accept All”, you consent to the use of ALL the cookies. However, you may visit "Cookie Settings" to provide a controlled consent.
Cookie SettingsAccept All
Manage consent

This website uses cookies to improve your experience while you navigate through the website. Out of these, the cookies that are categorized as necessary are stored on your browser as they are essential for the working of basic functionalities of the website. We also use third-party cookies that help us analyze and understand how you use this website. These cookies will be stored in your browser only with your consent. You also have the option to opt-out of these cookies. But opting out of some of these cookies may affect your browsing experience.
Necessary Always Enabled
Necessary cookies are absolutely essential for the website to function properly. These cookies ensure basic functionalities and security features of the website, anonymously.
Analytics
Analytical cookies are used to understand how visitors interact with the website. These cookies help provide information on metrics the number of visitors, bounce rate, traffic source, etc.
SAVE & ACCEPT